A few weeks ago we went to a pumpkin patch to pick out our Halloween pumpkins. We happened to be visiting family in Quebec at the time and ended up at a farm that specializes in squash. Ferme Bedard et Blouin, which I jokingly refer to as “Squash World,” is like the equivalent of Disneyworld for squash lovers. They had varieties of squash that I didn’t even know existed, and ingeniously appealed to foodies by posting recipes on how to cook with the different squash, and offered food samples. 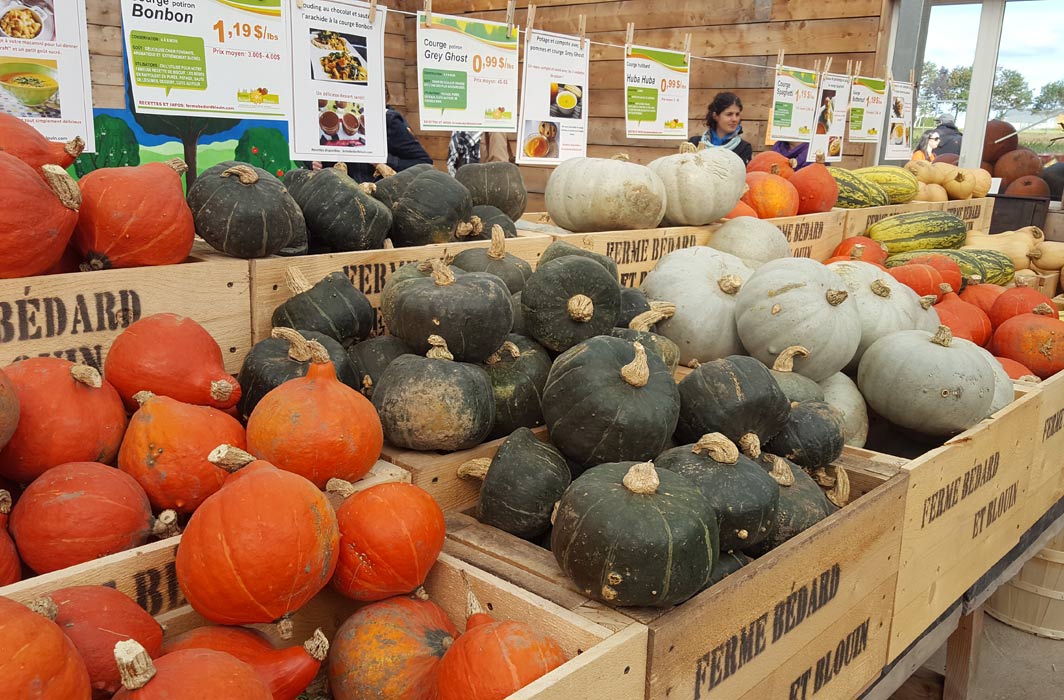 Grey Ghost Squash caught my eye the second we walked into the room, because it had a gorgeous bright bluish grey skin that made me think of the Teal Pumpkin Project. It’s now one of my favorite squash to cook with because of its thick orange meat, fine texture, and sweet flavor. There’s so much you can do with this winter squash! 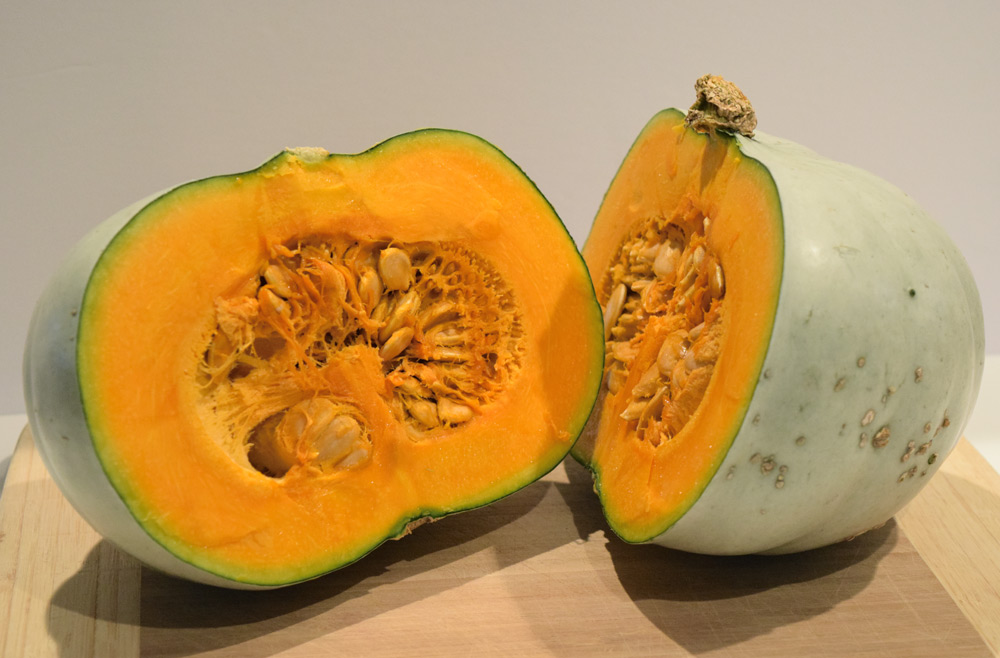 I bought a medium sized Grey Ghost Squash and had enough meat for two different recipes. I started with a thick, hearty and savory Grey Ghost Pumpkin soup. We ate it for dinner the same night I made it and had more than enough leftover for dinner the following night. 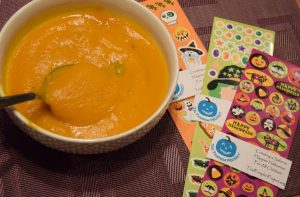 It’s actually very thick, and I decided to use the remaining soup as a sauce for vegan ‘Mac and Cheese’ topped with some nutritional yeast for dinner the following day. 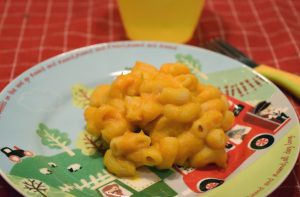 The soup only used about 3/4 of the squash. I had enough squash leftover to make some Squash and Apple puree. This thick compote is the perfect topping on breads or dessert. 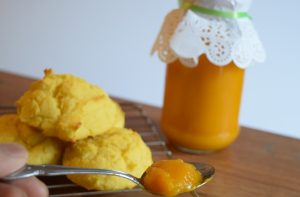 Squash and apples are high in pectin, so the Squash and Apple puree is also an excellent vegan egg replacer. Simply use 1/4 cup of the puree to replace an egg. I used it while making gluten-free biscuits and gluten-free pancakes. 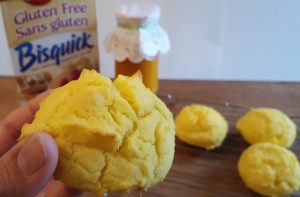 Squash and Apple Puree can be used as an excellent vegan egg replacer for baking biscuits, pancakes and other desserts.

If Grey Ghost Pumpkins are not available where you are from, you can replace this sweet and meaty squash with other winter squash such as butternut or buttercup squash.

We believe that spreading allergy awareness will make the world a safer place for people living with food allergies. Eating peanut-free, tree-nut, dairy-free, gluten-free and allergen-free is easy when you have the HypeFoodie community to support you.